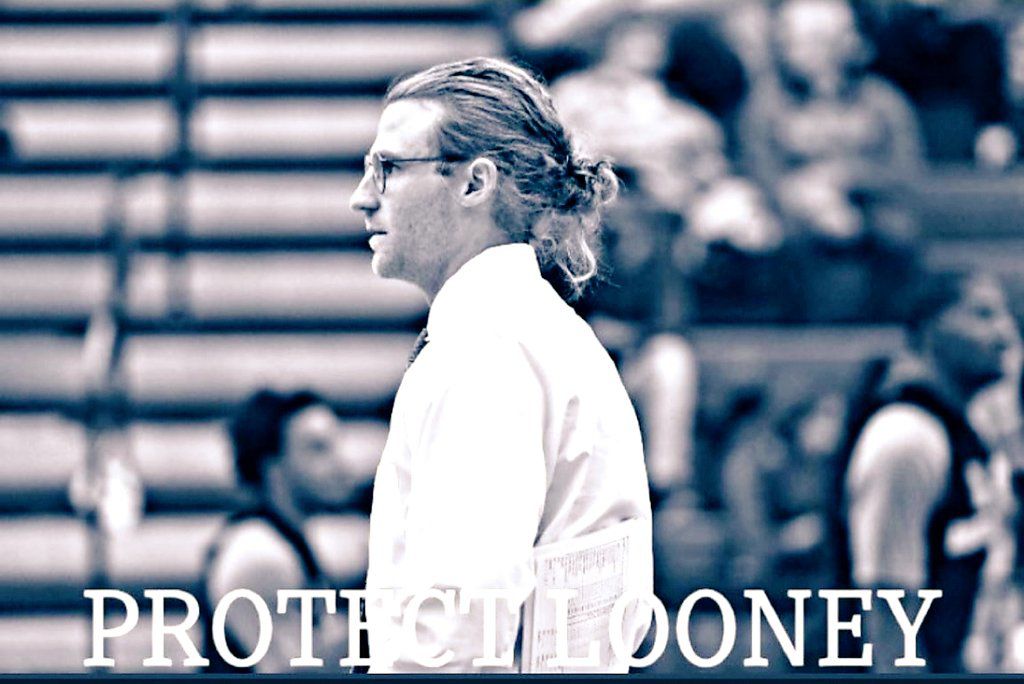 Will Martin is the sixth head coach in program history. 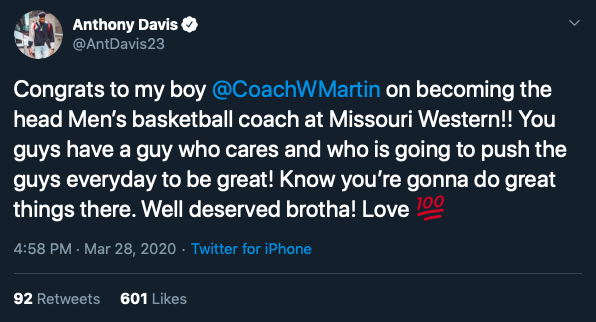 Anthony Davis announces the news via Twitter about his former colleague from Kentucky.

Will Martin is the sixth head coach in program history.

Anthony Davis announces the news via Twitter about his former colleague from Kentucky.

With the promotion of now new Griffon men's basketball coach Will Martin came a strong endorsement from an NBA All-Star.

“Congrats to my boy @CoachWMartn on becoming the head Men’s basketball coach at Missouri Western!! You guys have a guy who cares and who is going to push the guys everyday to be great! Know you’re gonna do great things there. Well deserved brotha!”

Martin — now the sixth head coach in program history — came to Missouri Western as an assistant coach on May 1, 2018. He was former head coach Sundance Wicks’ first hire. After the announcement, Martin tweeted out, “Pray Harder Than You Work (Work really, really hard)

Davis and Martin knew each other from when Martin served as the University of Kentucky’s team manager when Davis played there for the 2012 season, the same year the Wildcats won the NCAA Championship against Kansas. In Martin’s time as a manager, Kentucky reached the Elite 8 three times and the Final Four twice, as well.

After being drafted as the first overall pick by the New Orleans Pelicans in 2012, Davis came to the Lakers in 2020. Davis has been named to seven All-Star Games and three All-NBA First Teams.

Davis’ tweet broke the news before any other media outlet did, with the official Griffon Athletics account confirming the new head coach at 5:03 p.m.

The post reads, “We have a new head men’s basketball coach.” Wicks accepted an offer as an assistant coach for the University of Wyoming — his home state school — on March 25. Shortly after that, current and graduating players such as freshmen Will Eames and Reese Glover and senior Tyus Millhollin began tweeting out a picture of Martin with the phrase “Protect Looney” stamped across the image.

Glover said in a tweet, “Pretty good endorsement! Let’s do this thing,” while fellow freshman JaRon Thames tweeted out, “Yessir!!!!”

“Protect Looney” is a motto the Griffons created this past season after winning their first 11 games at home, finishing with a 12-1 record at the Looney Complex. Their only loss was to the No. 1 Northwest Missouri State Bearcats.

Before Martin and Wicks was Brett Weiberg. After Weiberg resigned on March 1, 2018, Wicks was announced as the head coach on March 28. That turnaround was 27 days, while this head-coach absence barely only lasted three days.