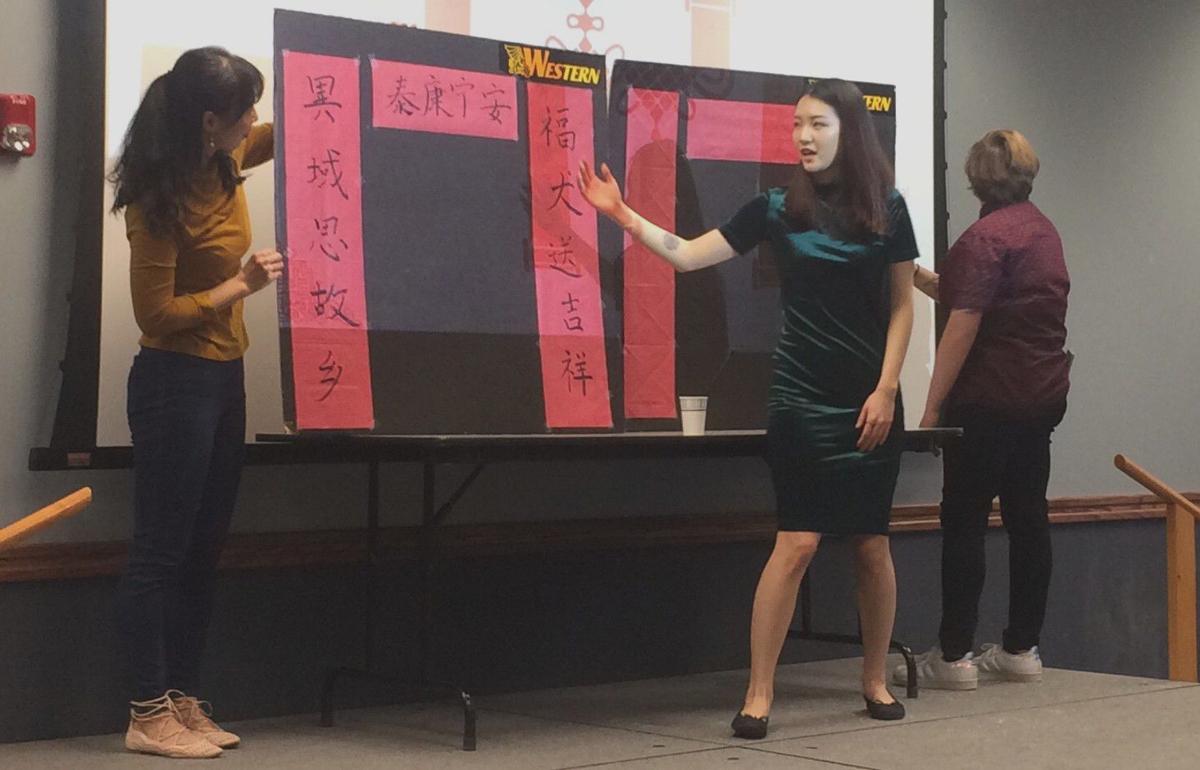 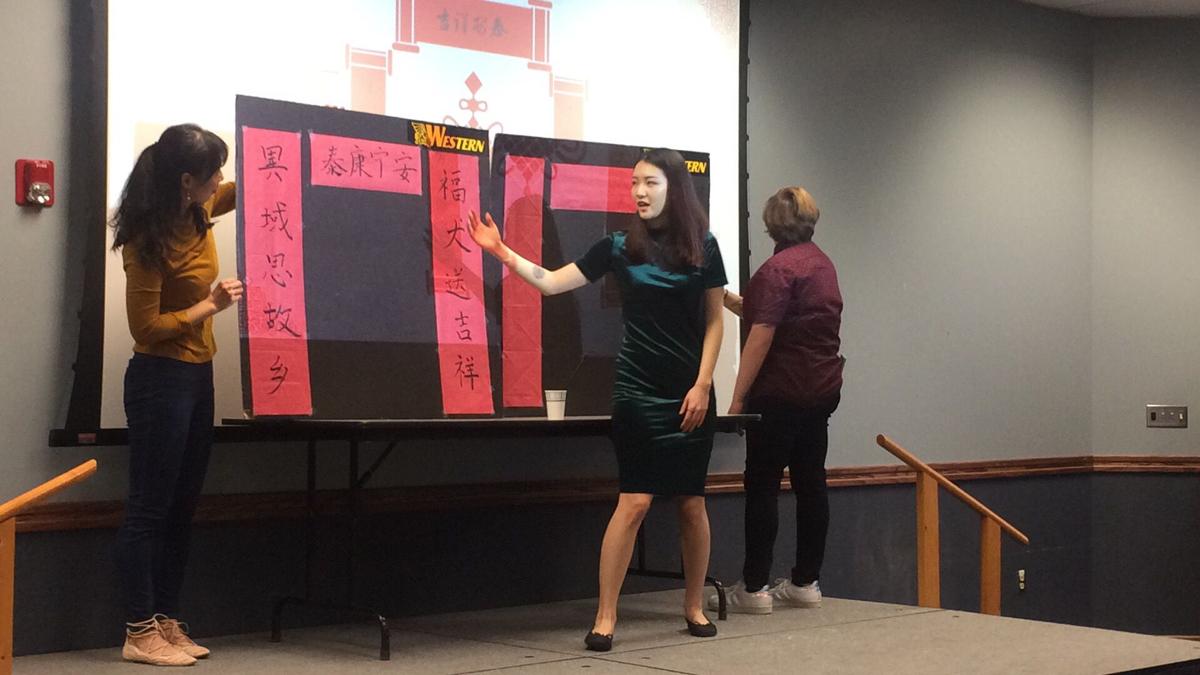 The Chinese Spring Festival was packed full of traditional dancing, food and music that encouraged attendees to learn about Chinese culture.

Chinese Exchange Instructor Jin Peng performed the Half Yarn traditional dance that is about a young women looking for mister right. Peng said this event was to promote the Chinese culture and share what they celebrate.

“[The purpose of The Chinese festival is] to show culture to the locals and other international students,” Peng said. “We want more people to know China and to experience the culture. I want you to be a part of that,”

During this event the International Student Center showed a video of the monster Nian who ultimately started the new year tradition of red couplets, firecrackers and lighting candles. After this organizers asked questions about the video shown and if answered correctly attendees would then get a prize.

Assistant Professor of Spanish Eduardo Castilla Ortiz enjoyed the event and said he really liked the legend and the dances that were performed.

“I loved hearing about the legend [monster Nian] and the dances and song that were performed,” Ortiz said.

What can a president actually be impeached for?

Missouri not shy among best states for retirement

There were several traditional Chinese New Year performances at the event. The most traditional dance they performed was the dragon and lion dance. Along with the half yarn, the Chinese Folk Song and the Fan Dance.

A very important tradition that goes on during the Chinese spring festival, the ISC put red couplets on the windows and doors that signify “good fortune” and “happiness”. Along with the red couplets there is a tradition of writing Spring couplets which are resolutions they wish for, for the new year.

The ISC then spoke on traditional foods that is eatten during the New Year as to which they had at the end of the event for anyone to eat. Peng’s son Thomas then did a rap over the 15 days of the Chinese New Year.

During the Chinese spring festival, the ISC put on three raffles. Peng said that because this is promoting Chinese culture it is also the most important festival in China.

“This is the most important festival in china,” Peng Said. “We also wanted to bring western traditions into this festival like the American red couplets or the raffles, so it was promoting culture but also for interacting with other cultures,”

A student attending Missouri Western Quinn Jones really enjoyed the event and learning about the culture.

“I really enjoyed the dances that were performed, the dance that Dr. Peng performed was very beautiful and I wanted to learn more about the Chinese new year,” Jones said.