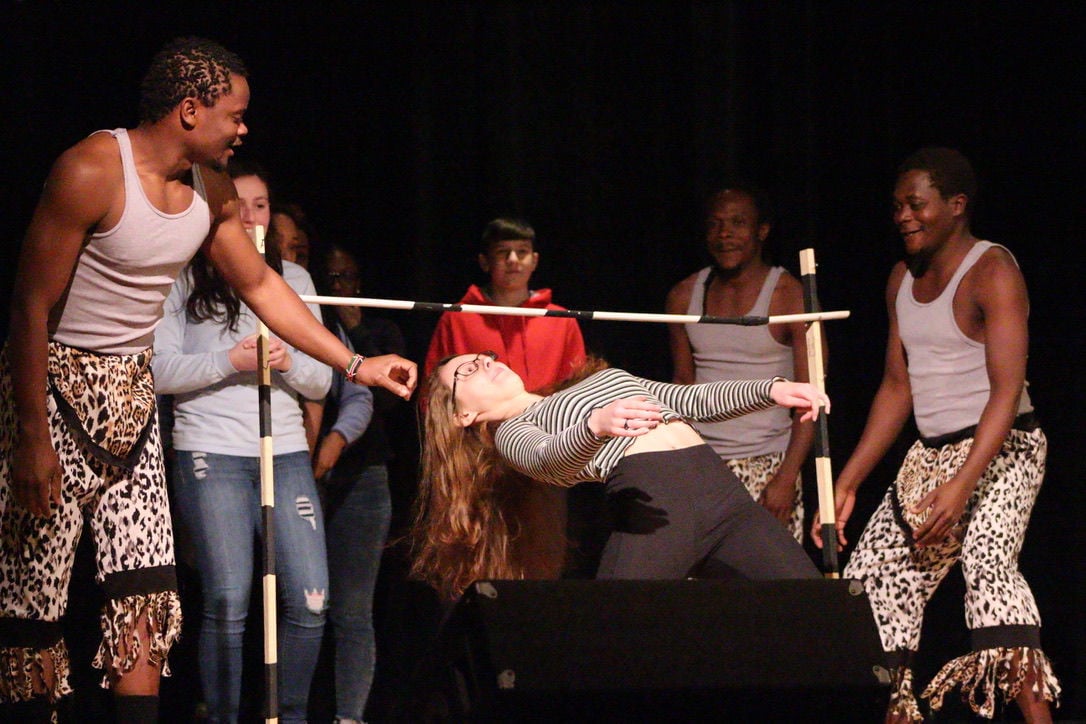 A few students participate in a limbo session during the performance. 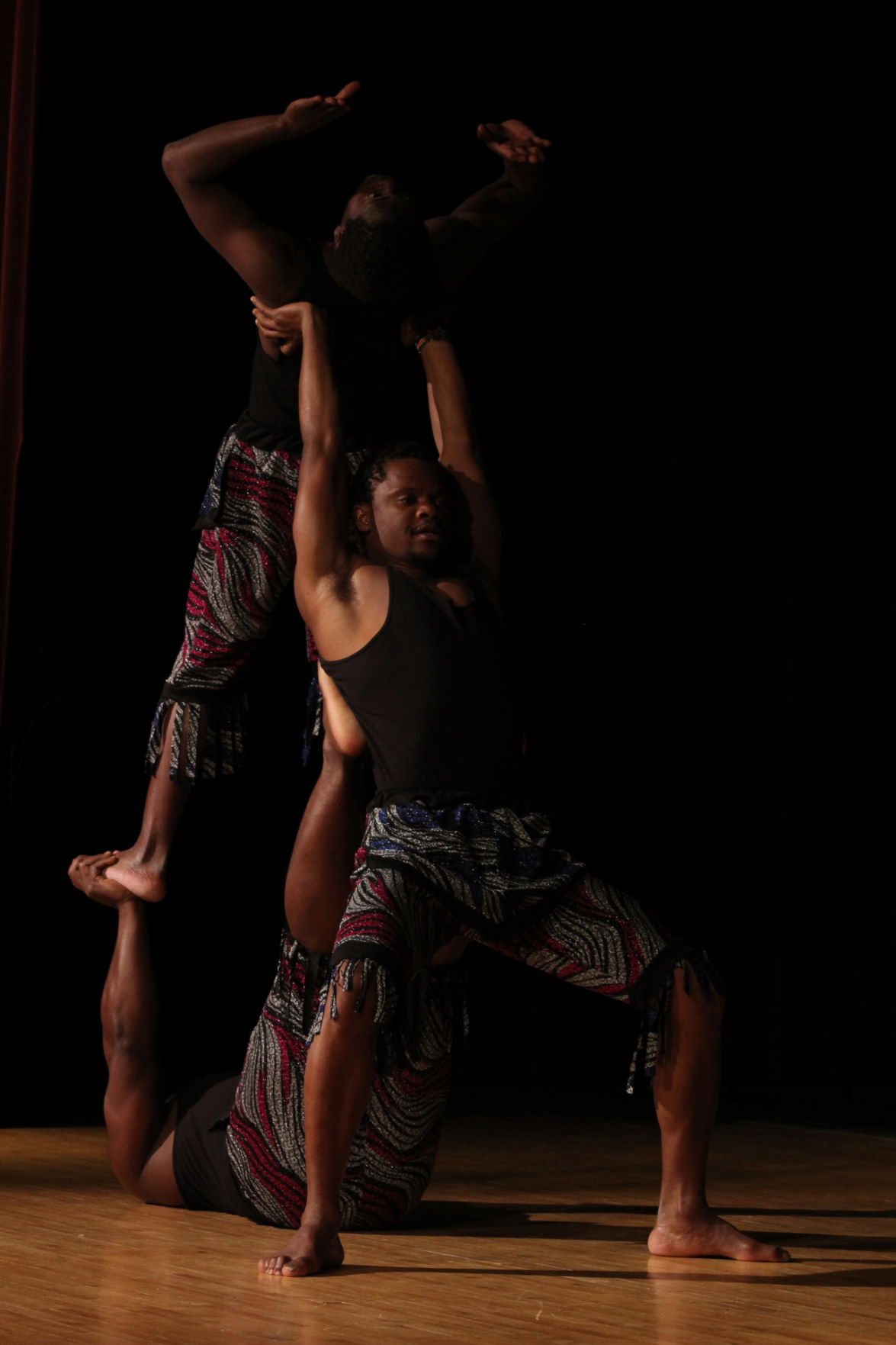 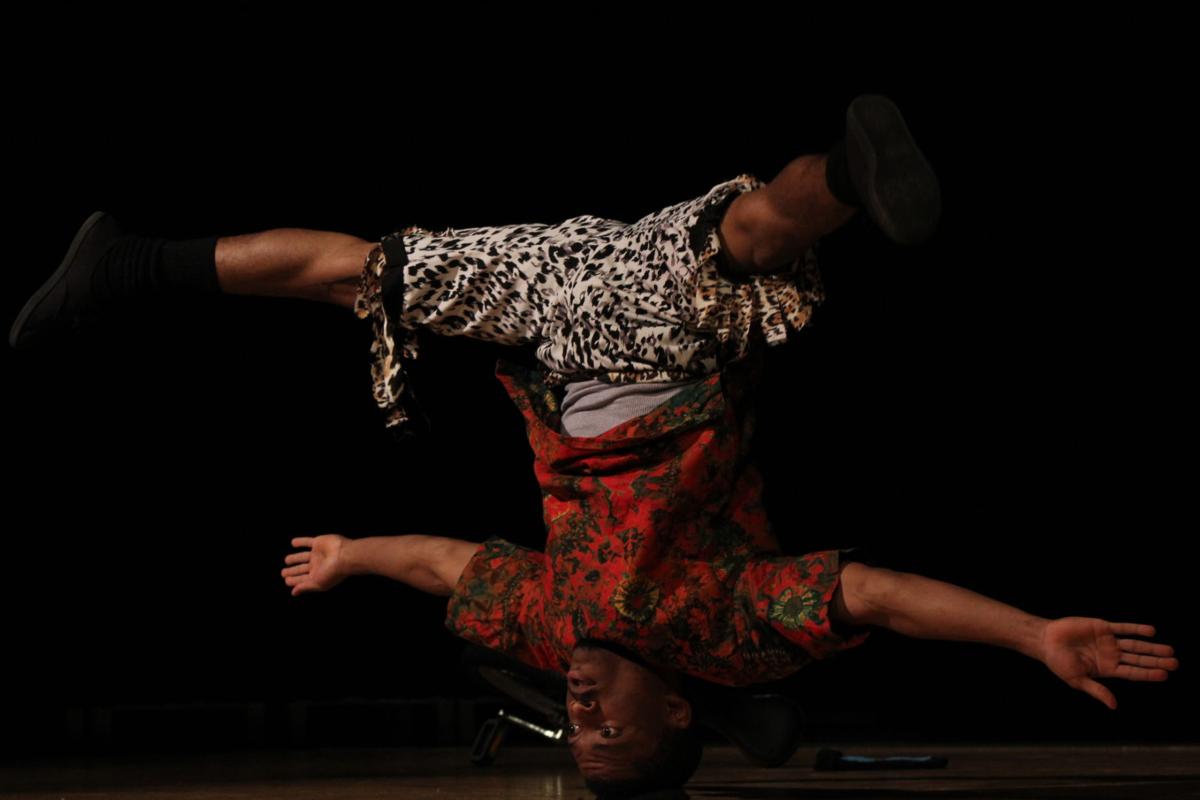 One of the Zuzu Acrobats performing a headstand for the crowd.

A few students participate in a limbo session during the performance.

One of the Zuzu Acrobats performing a headstand for the crowd.

The Zuzu African Acrobats tumbled and flipped their way into Missouri Western during an event put on by the Center for Multicultural Education in celebration of Black History Month.

They began the performance with a traditional song, played on the bongos and danced before diving into dangerous acrobatic stunts. These stunts included tumbling, contortion, gymnastics and acrobatics into their performance.

One acrobat did handstands on a stack of chairs measuring over ten feet high and touched the ceiling. Another did tricks on a unicycle and performed a one-handed handstand and head-spinning. An additional acrobat then carried the other four in his arms and on his shoulders in a star-like position while walking around the stage.

Their routine also included human pyramids and jump roping skills only an expert could have. Missouri Western student Brianna Stiers knew almost nothing about the stunts the Zuzu African Acrobats were going to perform.

While many students expected a professional acrobatic show, others in the audience knew nothing of the stunts that were about to be performed. Missouri Western student, Brianna Stiers, was one of those students.

“I didn’t know anything about it. I just knew it was going to be African Acrobats,” Stiers said.

Their performance also included members of the audience going onstage and participating in a game of limbo. One acrobat would show the students what they would do, while another grabbed the hand of each student after they had successfully limbed and declared them a winner.

“It's an experience. I enjoyed doing it, but I was a little nervous to be up there,” Shane said.

The Zuzu African Acrobats have traveled across the country, performing from America’s Got Talent to Disneyworld.

Many of the acrobatics are inspired by traditional African dance moves and gymnastics. The Zuzu African Acrobats originate from Kenya and have known each other since they were children. The acrobats began training when they were 10 years old and have been performing ever since.

The judges at the time — Piers Morgan, Sharon Osbourne and Howie Mandel — considered Zuma Zuma one of their favorite acts during the season.

The group made it to the semifinals of the reality television show in 2011.