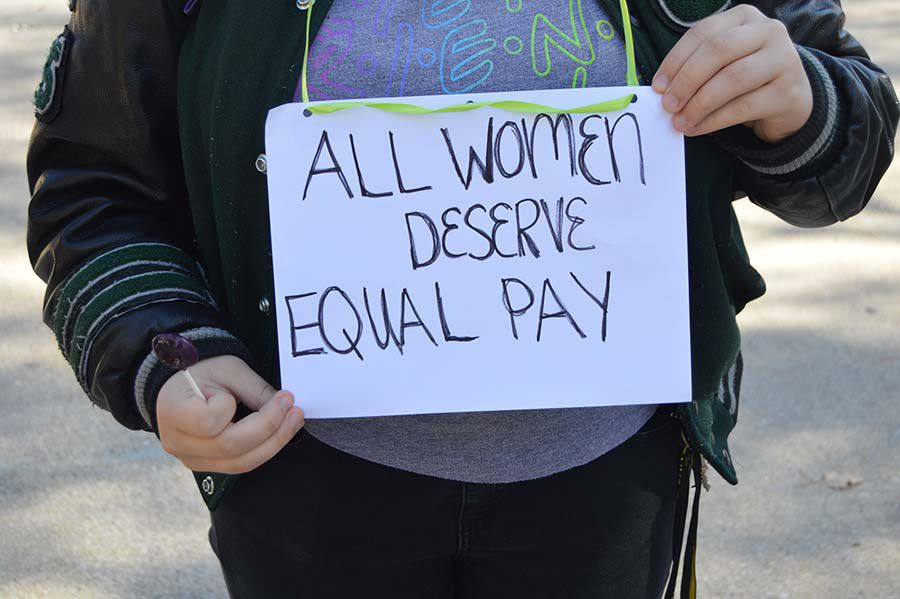 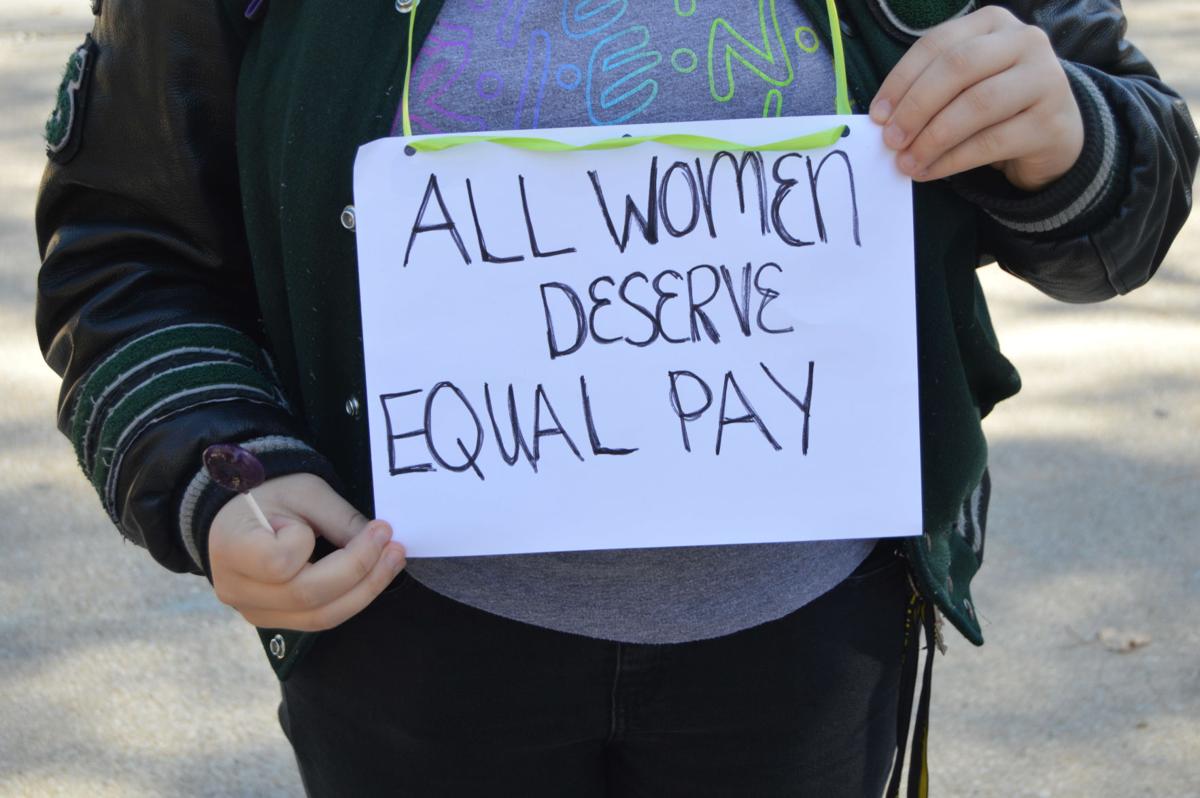 While some campuses in Missouri, such as Mizzou, were having conversations about race during their Homecoming week celebrations, Western was having its own conversation on women’s equality.

On Wednesday, the student group Women of the Future (WTF) held a demonstration outside of Blum Union from 11 a.m. to 12 p.m.

Students gathered in a line facing away from Blum holding signs with statistics on sexual assault and comments on equal pay for women written on them.

One sign said that one in four women will be sexually assaulted during her college career. Another sign said that there is a pay gap based on gender, leading women to earn 77 cents to every dollar a man makes at the same job.

Maddie Marx, the president of WTF, said the demonstration was about awareness.

“We decided to have the demonstration to raise awareness about issues with gender equality and issues that women predominately face,” Marx said. “It’s to get people to talk about it.”

Marx held a card with a backstory to it.

“My card said ‘I was taught to scream fire instead of rape when calling for help,’” Marx said. “I think that’s something a lot of women identify with. My mom always told me ‘if you’re ever in trouble or feel like you’re going to be sexually assaulted, yell fire, because more people will pay attention to that than rape,’ which I feel is really sad. I think it also kind of speaks to the rape culture. I mean, there was a sexual assault on campus on September 27, and nothing has really been done since then, which makes me sad because it happens a lot more than people think.”

Junior social work major Sabrina Robinson was also a part of the demonstration.

“My sign said ‘I deserve equal pay for equal work,’” Robinson said. “It’s something that I feel pretty passionate about. I feel- especially with my degree- my degree should be equal to a man who earns the same degree. I completed the same degree and followed the same requirements and I feel like there is nothing that should make me earn 77 cents to his dollar.”

Freshmen music education major Austin Edmisten was one of the several students who took part in the demonstration after being invited to join it by WTF.

“I’ve always been a strong supporter of the feminist movement. I think it’s really important for society…” Edmisten said. “It’s a shame that people don’t take this stuff seriously because it does make an impact in society.”

The demonstration wasn’t only attended by students. Western President Robert Vartabedian, Center for Multicultural Engagement Coordinator Latoya Fitzpatrick and Director of External Relations Brent Shields all appeared at the demonstration.

“I think it’s important for students to stand up for what they believe in,” Shields said, “and to be active in their communities, to be active on campus, and exercising their right to free speech. I think this is a great event for our students who are taking a stand.”

The demonstration fluctuated in number throughout the hour, but it did get up to ten students to be a part of it at one time, with many more walking by viewing the group.

“I think the job was done and we raised awareness and people took notice of it,” Marx said.