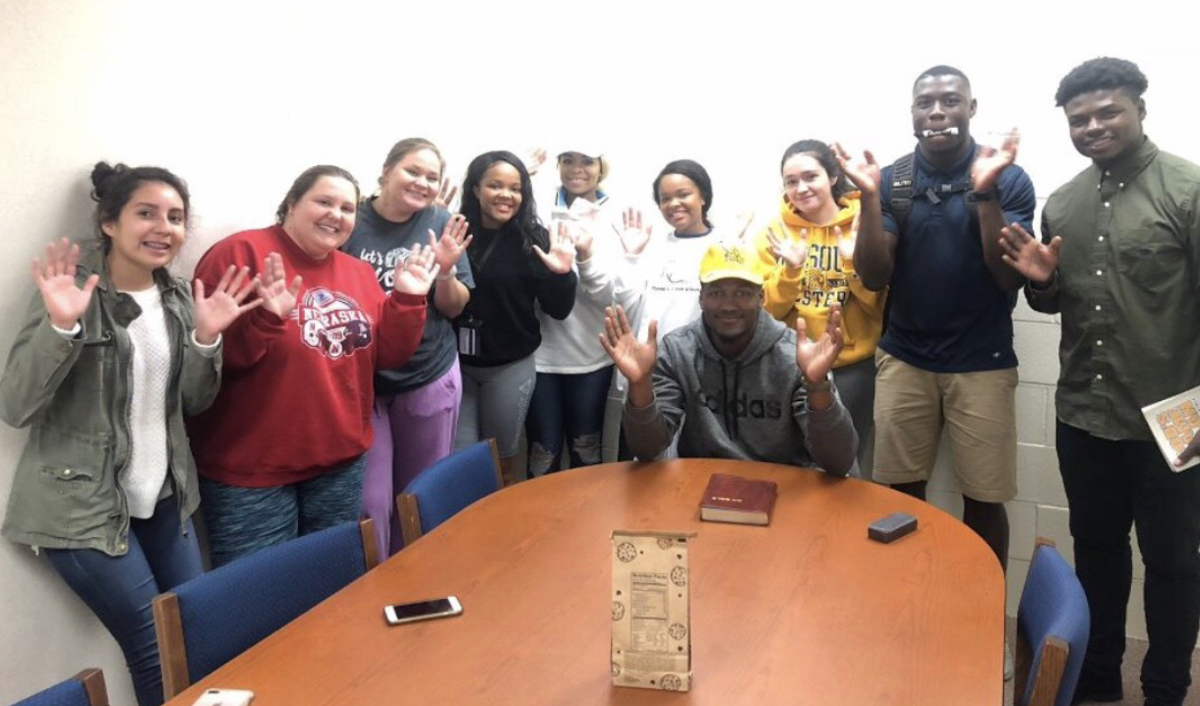 An email from 7 Thunders Club President Kyah Minner invites students to a club meeting in Agenstein Hall on Nov. 7. This message was sent to a mix of personal and university emails, including the email of known member Chandler Patrick.

An email from 7 Thunders Club President Kyah Minner invites students to a club meeting in Agenstein Hall on Nov. 7. This message was sent to a mix of personal and university emails, including the email of known member Chandler Patrick.

Lightning seldom strikes twice, but the storm shows no signs of passing for the 7 Thunders Club. Earlier this semester, the club — also known simply as “7 Thunders”— lost their status as a registered student organization due to the lack of a faculty advisor. Despite this and other changes for the organization, the 7 Thunders Club appears to have no plans of leaving any time soon — and the Missouri Western chapter is not alone.

According to Isaiah Collier, assistant dean of student development, the 7 Thunders Club had not obtained a new advisor as of the end of October. Without an advisor, the group cannot reclaim their status as a registered student organization with privileges that include reserving rooms. However, the 7 Thunders Club has continued to hold meetings in the rooms of academic buildings. Collier said that nothing can be done about this due to the unlocked doors policy on campus.

The removal of registered student organization status is not the only change for the 7 Thunders Club this semester. Students familiar with the organization might have noticed the lack of a familiar face among the group. Former President James Bailey Jr. no longer attends Missouri Western, as confirmed by member Chandler Patrick.

Bailey Jr. was a Griffon football player who earned All-MIAA Honorable Mention in 2018 as a redshirt freshman. Bailey Jr. transferred to Missouri Western from Western Illinois University, where he was also a redshirt freshman. As originally reported by Derek Zimmerman-Guyer for News-Press NOW, Bailey Jr. did not return at running back this fall, to the confusion of coach Matt Williamson.

“He just decided he didn’t want to play football anymore, so he hung it up,” Williamson said. “I just don’t really know what happened.”

Bailey Jr. did not respond to a request for comment in early October.

While students might encounter the organization for the first time on campus, 7 Thunders Clubs exist on an international basis. Clubs are scattered across the united states with multiple chapters existing at universities in Missouri alone.

The 7 Thunders Club arrived on Missouri Western’s campus roughly two years ago. At the same time, another chapter of the club was beginning at a campus hundreds of miles away. For Brady Pieper, a sophomore broadcast journalism major at Metropolitan State University of Denver (MSU Denver), seeing the 7 Thunders Club has become near commonplace.

Pieper is the features editor of The Metropolitan, MSU Denver’s student-run newspaper. Earlier in the fall 2019 semester, Pieper conducted an investigation of his local chapter of the 7 Thunders Club. While the chapters differ in size and notoriety, the Missouri Western and MSU Denver 7 Thunders Clubs have similar roots.

Pieper attended the place of worship for a service as part of his investigation. Pieper said he was escorted during the majority of the service and felt as though his shoulder was always being looked over.

While both the Missouri Western and MSU Denver chapters are vocal about their community service, such as blood drives, their existence is not without controversy. Pieper said that he received some negative backlash from his reporting — not from his 7 Thunders Club, but from former members worldwide.

“They were saying that it’s really dangerous because it sounds like I’m biased towards the group, which I don’t think I am,” Pieper said. “I received reactions from people who were angry because I didn’t go too far into the criticisms around it, and I think the criticisms around them are valid.”

According to Pieper, those criticisms are mainly leveled at the World Mission Society Church of God rather than 7 Thunders Clubs themselves.

According to a former member of the Missouri Western 7 Thunders Club*, their involvement with the group was a rushed process that ended because of a lack of transparency of beliefs. When attending meetings with the group, “never once was the full premise presented.”

According to this source, they began to see red flags when they started to research the group on their own. While the meetings would cover surface-level beliefs, the rest was “all veiled.”

While some students might be uncomfortable with the organization’s preachings or the discrete nature of their activities, campus Police Chief Jill Voltmer said that no official complaints about the group had been brought to her attention. As reported in a previous story for the Griffon News, Missouri Western’s public campus allows groups to gather regardless of their registered student organization status.

While it might be difficult to obtain satisfactory information about the group from an outside perspective, the 7 Thunders Club is not forbidden from acting with any secrecy. Without complaints or evidence of wrongdoing to prompt university action, the answers to some burning questions might only be found from inside the storm.

*Source spoke on condition of anonymity for fear of retribution.